[introduction to the collection]: in recent years, the market of ancient coins has taken the lead. Compared with the works of art with rare shapes, they are still highly sought after by coin lovers. At the same time, with more and more transactions of ancient coins in various places, we can predict that the position of ancient coins in the collection market begins to become more important and more precious. The Qing Dynasty copper coin, also known as the Qing Dynasty mechanism copper coin, was forged in 1900 (the 26th year of Guangxu in the Qing Dynasty) and ended in 1911 (the third year of Xuantong). Although the smooth time is only more than ten years, there were 17 provinces and 20 bureaus in the world to start forging copper coins in its prosperous era. If it is divided by fine difference, its layout is more than 1000 kinds. It is the greatest pleasure for contemporary copper coin collectors to "Qing copper coins" from the Internet to the top ten reputable spring coins. 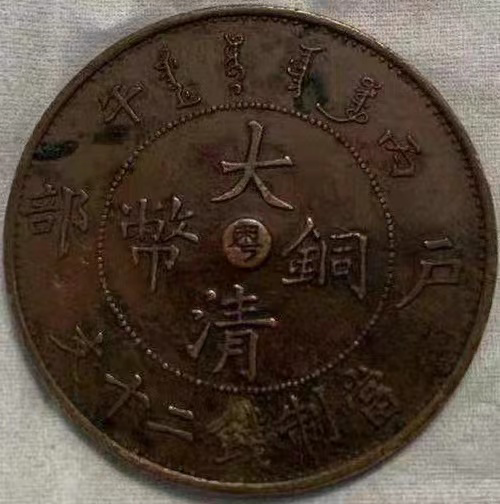 In the bead circle on the obverse of the coin, there are four words "Daqing copper coin", with the word "Chuan" in the middle, which refers to Sichuan Province. It can be seen that this Daqing copper coin is a coin designated to be issued to Sichuan Province. Outside the bead circle, the upper ring is the "Bingwu" of Manchu and Ganzhi chronicles, with the word "Hubu" on the left and right, and the lower ring is cast with the word "Dang Qian Shiwen"; The currency has less wear and tear in circulation, the coin surface is clean and tidy, the money text is clear, the font is deep and handsome, upright and neat, tall and beautiful, very beautiful. There is a lifelike dragon in the interior of the bead circle on the back of the coin. The carving process is exquisite, the dragon pattern is delicate, the Dragon Lin is deep, the dragon eye is bright and powerful, showing the royal majesty. It is very shocking, and people clap their hands when they see it. The word "made in Guangxu" is engraved on the upper ring outside the bead circle, surrounded by English and integrated with foreign writing and culture. It can be seen that China has had foreign contact and exchange since the Qing Dynasty, which is a distinctive historical mark of that period. It has high collection value! 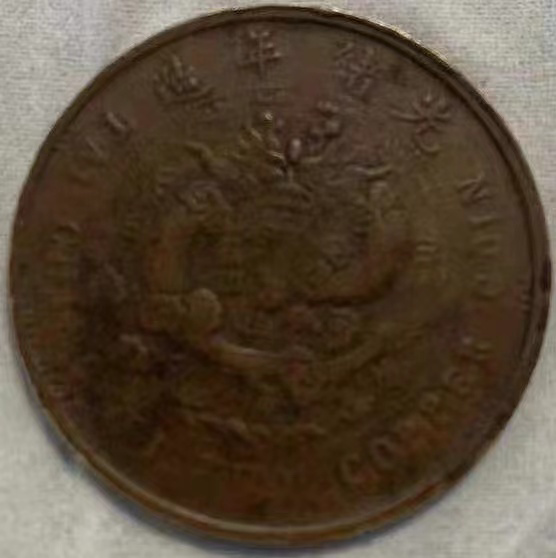 This twenty Wen copper coin, a Guangxu Yuanbao made by the Guangdong Government Bureau, is extremely rare and beautiful. The copper price soared in the late Qing Dynasty. The people destroyed money into copper to make several times of profits. There was a shortage of money in the market. Due to the cessation of money making in Guangdong, there is a shortage of money making in the market, and the circulation of small amounts is very inconvenient. In order to save the money shortage and affected by Hong Kong copper dollars and foreign currencies, in June 26, Guangxu governor de Shou and former governor Li Hongzhang played a quasi Guangdong imitation Hong Kong copper cents to cast machine-made copper dollars. Therefore, the casting of mechanism copper coins in the Qing Dynasty began in Guangdong. Then, Fujian, Jiangsu, Sichuan and other provinces imitated copper coins one after another.